“The city's current plan to shut Rikers and relocate those women and gender-expansive people to a new Kew Gardens, Queens facility in 2027, where they would share spaces and staff with men,  would only replicate or worsen the abuse, trauma, and neglect they have already been subjected to. As is, their needs are not being uniquely served: roughly 81 percent have mental health  concerns, an estimated 77 percent have experienced domestic violence, and most are mothers  and primary caregivers.”

Gloria Steinem, a leader in the women’s rights movement, sent a letter to Mayor Eric Adams and Governor Kathy Hochul endorsing the #BEYONDrosies campaign pillars of decarcerating women and gender-expansive people and transforming the Lincoln site at West 110 th Street in Harlem into a Women’s Center for Justice (Pre-trial Reentry Center).

Ms. Steinem, a journalist and political activist, has long been outspoken and supportive of women behind bars impacted by the system. 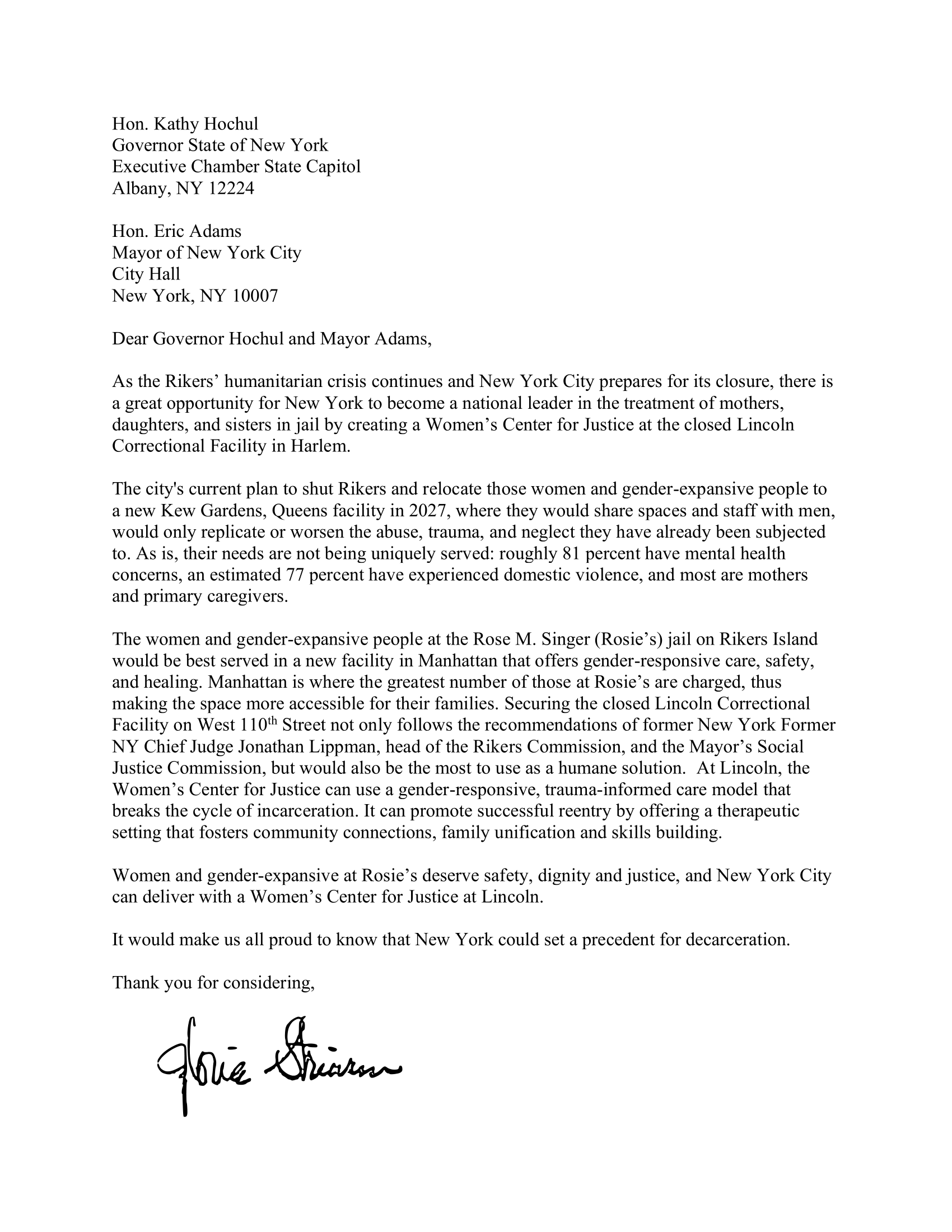